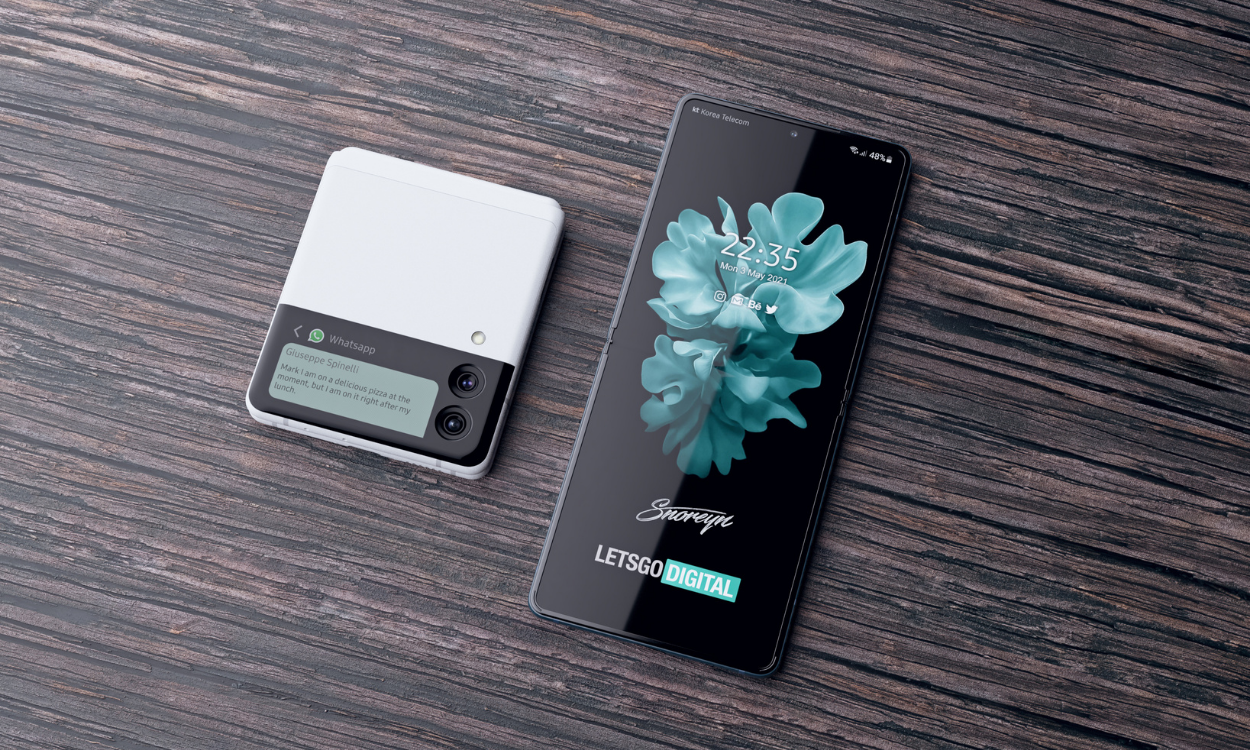 
As the pioneer of folding screen mobile phones, Samsung is the only manufacturer with a dual product line of folding screens in the industry. It not only launched the Galaxy Z Fold, which focuses on business style but also launched the flagship portable and stylish Galaxy Z Flip series last year. “Design, well received by consumers.

According to Samsung’s previous naming rules, Samsung will launch the Galaxy Z Flip 2 model in the second half of this year. However, in order to tie with the Z Fold naming, it is reported that Samsung will directly name the new phone Galaxy Z Flip 3. Recently, well-known sources revealed the high-definition renderings of the Samsung Galaxy Z Flip 3, showing the appearance design of the device.

According to the picture, the Samsung Galaxy Z Flip 3 still uses the clamshell design of the previous generation. It will be folded up and down. At the same time, the size of the camera’s secondary screen will be further increased to display richer information, which is convenient for users in real-time when the phone is folded.

However, due to the limitations of the internal space of the fuselage, the Galaxy Z Flip 3 will still be equipped with a dual-camera solution. While meeting daily shooting needs, it will try its best to ensure the internal space to facilitate the placement of batteries, chips and other components.

As for the screen, the picture shows that the Galaxy Z Flip 3 still uses a center-punched design, but the screen frame and proactive opening are smaller, and the screen-to-body ratio is higher. In addition, it was previously reported that Samsung will equip the machine with a new generation of LTPO technology display screen, the screen size is in the range of 6.7″ ~ 6.9″, supports 120Hz adaptive dynamic refresh rate, power consumption has also been reduced.

In terms of core configuration, Samsung Galaxy Z Flip 2 will be equipped with the current industry’s top Snapdragon 888 processor, which can bring top performance output experience, which will also make up for the regret of insufficient performance of the previous generation products. The overall practicality is higher. It will further promote the popularization of folding screen mobile phones, which is worth looking forward to.